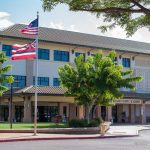 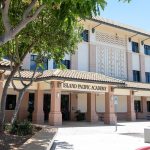 ISLAND PACIFIC ACADEMY welcomed new and returning students back for the start of the 2017-2018 school year last Wednesday. An energy of excitement and anticipation buzzed on campus as the students, fresh-faced in their crisp… more w 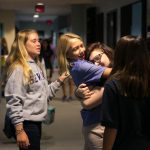 New beginnings can be busy and exciting. The start of the new school year at Island Pacific Academy was, indeed, very busy and very exciting. Our first week of school saw many special activities, for both… more w 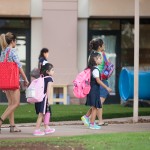 High-fives and Superheroes Welcome Back Students

First Day of the 2015-2016 School Year The halls are bustling once again as students from both divisions return to Island Pacific Academy for the 2015-2016 school year. Wearing “superhero” design PYP (Primary Years Programme)… more w

The health and safety of our community are our priorities. IPA’s Director of Athletics, Greg Terhune, is training all our faculty and staff this month to make sure everyone is current in their CPR and first aid skills. pic.twitter.com/0r15zY8us4

About an hour ago

No pressure! Grade 9 students in Mr. Blackington’s chemistry class learned what one atmosphere of pressure feels like using a shop-vac and a garbage bag last week. In case you didn’t know, that’s about 14.7 lbs per square inch! #STEM #ipahawaii pic.twitter.com/RrUe9zWD6V