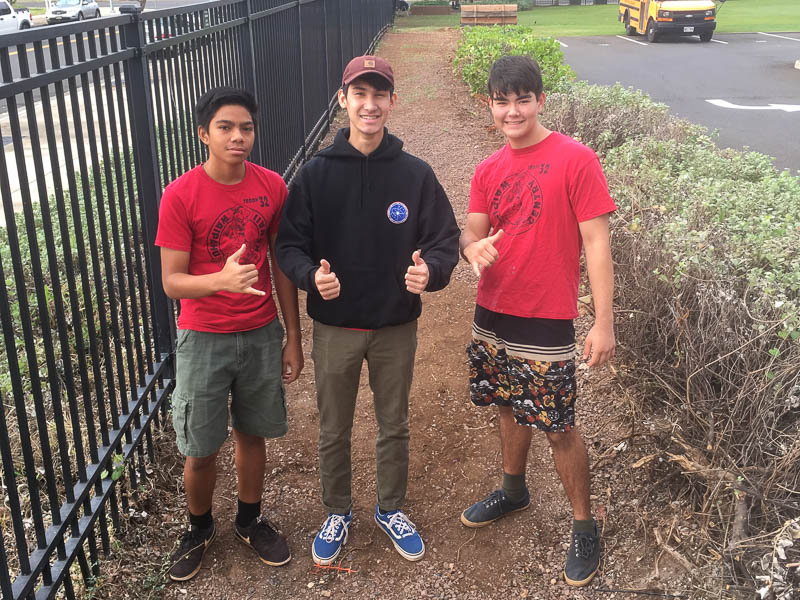 IPA junior Ashton Yamamura ’20 saw a potential safety issue on campus and took it upon himself to remedy it. Thanks to his efforts, all IPA students, faculty, and visitors now have a safe walkway from the Ala Kahawai back gate to the Secondary building without having to dodge the parking lot traffic.

As a Boy Scout working towards his Eagle award, Scouting’s highest honor, Yamamura worked with his Aloha Council Troop 32 and ISLAND PACIFIC ACADEMY Facilities to plan and construct a cement pathway as part of his requirements for the rank of Eagle Scout. Scouting has been a big part of Yamamura’s life, having started in first grade as a young Tiger Cub in the Cub Scouts and continuing on through the ranks of Boy Scout. The requirements involved in earning the Eagle award are many: the scout must serve in a Troop leadership position for at least six months, earn at least 21 Merit Badges plus all the required Eagle Merit Badges, complete an independent Eagle Scout project, and pass a board of review with the Eagle Council.

Yamamura has completed most of the requirements, and his independent project was one of his remaining ones. He said he got the idea for the walkway after considering other options for his Eagle Scout project.

“I was brainstorming a few ideas at the time. One of the things I thought of was a charity walk, but then I decided that might be a little difficult. But then I guess I chose something even more difficult – building a sidewalk!” laughed Yamamura.

Yamamura said the idea really came to him when he saw his fellow students having to walk in the parking lot while there was car line.

“All of the high schoolers who have cars would walk through the gate and then just walk on the road. So I thought that was dangerous because no doubt some people have almost been hit,” he said. The pathway was also a sort of campus beautification project as he thought it would also look better for the school instead of the gravel and dirt path that was there before.

He had the confidence and resolve to get it done. “I saw it as this issue is here and here’s how I would solve it so let’s do it,” Yamamura said.

The whole process from idea to execution was a long one, taking more than a year. He first needed to present a formal project proposal to his Troop leaders and then get permission from the school to build the walkway. He then needed to get the sign off from all parties involved: the beneficiary, the BSA Council, the District Council, and his Scout Master. Once all the approvals were in place, he needed to send out letters to community businesses to ask for donations for the project.

“I was lucky enough to get donated just the right amount of concrete needed to build the sidewalk from Island Ready-Mix,” explained Yamamura. “My 100% gratitude to them and their generous donations.” He also received materials and assistance from Dalinoc Landscaping.

The three-day project undertaken over the Thanksgiving weekend involved many helping hands to clear the path, lay the form, pour the concrete and bull-float it, and remove the form. Yamamura said he was especially grateful to Troop 32 parents John Kauhaʻahaʻa and Jeff Capron, who both had professional experience in construction, pouring concrete, and carpentry. Kauhaʻahaʻa also provided most of the wood and wire mesh for building the form, and brought in a bunch of his friends who helped lay the concrete.

“John was such a big help. He made it seem like ‘Oh, it’s no big deal we’re just laying a sidewalk down’ and it was just a huge confidence boost for me, and I was like ‘Yeah, yeah, this is easy, totally do-able’ and before I knew it we were laying the concrete and then the sidewalk was there,” shared Yamamura. “And I got to carve my name in it.”

Yamamura was thankful for all the support he received throughout the process. “Kent Nakata (IPA Director of Facilities) was a huge help to me,” noted Yamamura. “I just want to give thanks to everyone who came out to help. Everyone from the school, everyone from Scouts who supported me along the way and were patient with me.”

“Ashton demonstrated his commitment and excellence to become an Eagle Scout through his concrete walkway service project here at IPA. The walkway he created represents his strength of character, commitment, and confidence of a great leader, from creating the strong foundation, planning, organizing and coordinating this project to fulfill his dream that will last and impact others in the future,” said Nakata

Head of School, Gerald Teramae, expressed his gratitude and commended Yamamura on his work. “Through his Eagle Scout Project, Ashton has done a tremendous service to ISLAND PACIFIC ACADEMY. His conscientious planning and efforts in installing a concrete sidewalk for our entire school community will be lasting legacy for many years to come.Thank you Ashton!”

When asked what he hopes will come from his efforts, he said, “I just hope the students get safe passage.” 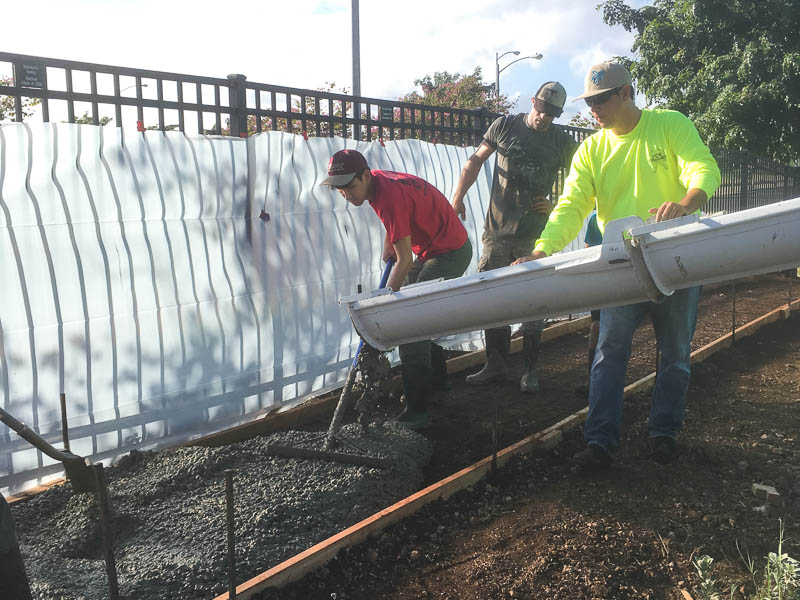 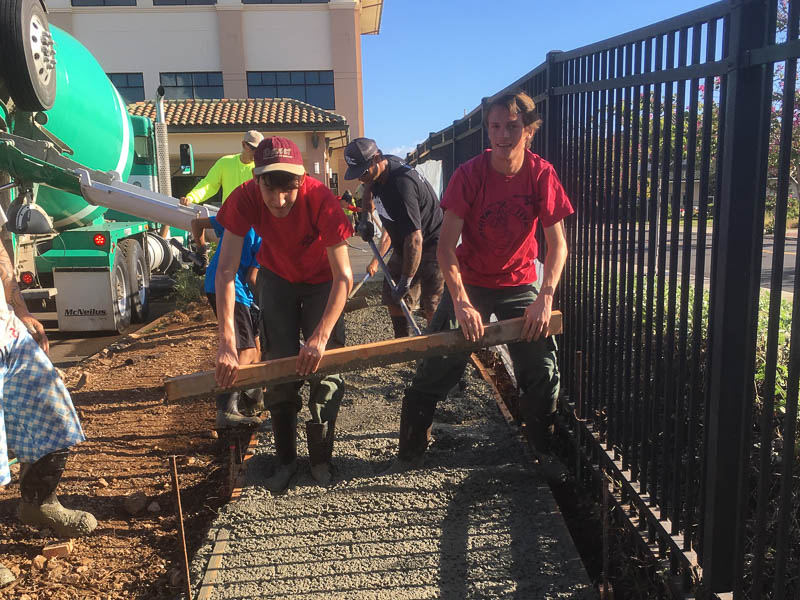 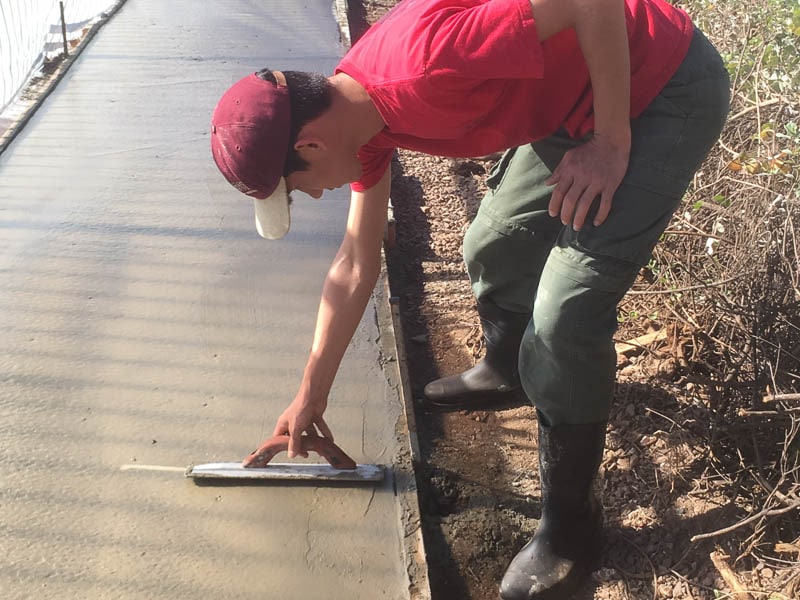 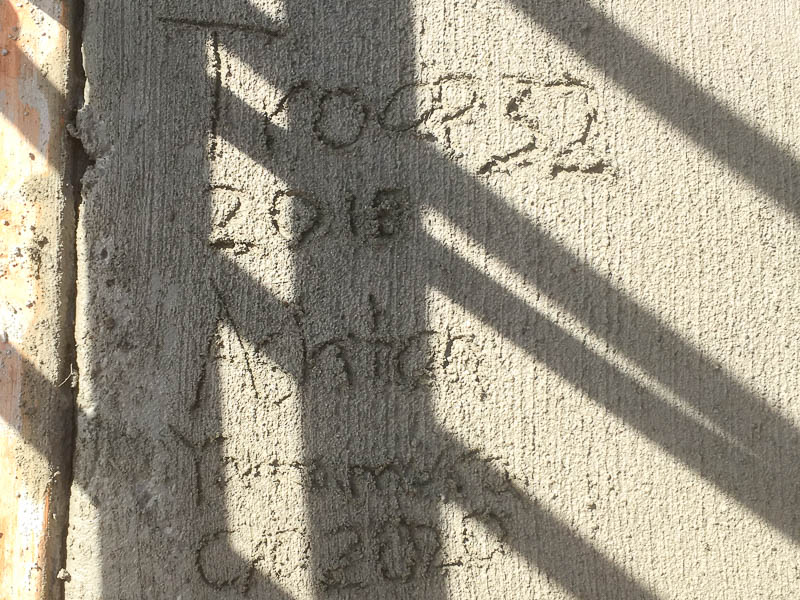 There are many stories that personify the culture of human kindness and generosity of spirit that defines IPA. In our 2018-2019 Annual Report, we share 4 such stories – from a teacher, parent, alumna & student. See why IPA is a place where values matter. ow.ly/XsvS50zZdLo pic.twitter.com/Kr51qd63hT

A heartfelt mahalo to Enjoy Snacks who helped celebrate the ISLAND PACIFIC ACADEMY Class of 2020 with a generous gift of an Enjoy Snacks lei for each graduate! #ipahawaii #navigatorsclassof2020 #classof2020 #weareinthistogether #hawaiigraduation #enjoysnacks808 #sharejoywithenjoy pic.twitter.com/AYjbXeU9wG

IPA's Class of 2020 received their diplomas at a special drive-in, family-only ceremony on campus. Although it wasn't a traditional ceremony, it was a memorable, unique, and heartfelt celebration. See our website for more special commencement activities. ow.ly/lNRx50zYlv8