A girl playing baseball in the Interscholastic League of Honolulu (ILH) is a rarity. A girl playing baseball for ISLAND PACIFIC ACADEMY is unprecedented. But that is exactly what IPA’s Ella Grace Taitingfong ’24 is doing. This Spring, the Grade 8 student was one of 25 players – out of more than 40 who tried out – selected to play for the PAC-5 Intermediate baseball team. Taitingfong is not only the lone girl on the team and in the ILH, but also the only intermediate Navigator representing IPA. But make no mistake, she is not “just a girl” in a league of boys – she is a skilled player who can pitch, cover second base, and hit as well as any of her teammates.

“Ella’s biggest strength is that she is one of the most fundamentally sound players on the team,” shares Chris Chun, Intermediate PAC-5 Coach and HHSAA Executive Director. “She knows baseball. She does things the right way and is always in the right spot. She also has a very strong arm.”

Taitingfong’s skills on the baseball diamond were honed through years of training, practice, and hard work. She has been playing baseball continuously on various junior league teams since she was little. Her first experience on the field was as a bat girl at only four years old when, in the last game of the season, her T-ball coach let her take a turn at bat. She has been hooked ever since.

Her dad, Jeff Camacho, shares her passion for baseball and is devoted to seeing her succeed. He has volunteered as an assistant coach on all of her teams and dedicates hours each week in helping her train on and off the diamond. Camacho estimates that, during a typical week, they put in about 30 hours between practices, games, and extra training together.

“We do a lot of conditioning on the side, we do a lot of one-on-one drills. We watch a lot of videos, and do a lot of studying for baseball knowledge and strategy,” explains Camacho. “I would say at this point she has the knowledge of a coach at the youth level.”

“Ella works extremely hard,” says Chun. “She is always one of the first members at practice and stays after it is done to continue to get better.”

All that extra training and practice is something she appreciates. “I remember my dad said ‘practice makes permanent’. We practice the same drills for a couple days and then we put it into the actual game and it usually works out for me,” she shares. “I learned a lot from him and he’s really supportive.”

Taitingfong has benefited tremendously from baseball says her mom, Amber Camacho. “Baseball has taught Ella so much – success and failure, discipline and hard work, and how to be a team player and a leader,” she shares. “Ella knows that she needs to work hard at mastering her skills and technique. She’s always been very empathetic, so she makes for a great teammate.”

“Baseball has helped me learn how to be a leader and a good teammate. Always making sure everyone’s okay and picking them up when they’re down, making sure they’re feeling good and confident,” says Taitingfong. “I’ve learned that from my dad.”

Earlier this year, Taitingfong was one of 96 girls in the nation selected to participate in the Trailblazers Series, sponsored by Major League Baseball. The all-expense paid, all-girls tournament is meant to inspire young girls across the country to pursue their dreams of playing baseball and give them the confidence to achieve other goals. During the four-day program, the young players learn from members of the USA Baseball Women’s National Team, baseball industry professionals, and others in the field and connect with other players from around the nation.

Most recently, Taitingfong was invited to join the first-ever Baseball For All Junior Captains team to help grow and develop the future of girls’ baseball. She was one of only 15 girls chosen in North America because of her exceptional leadership skills, vision, and drive. It’s something she is passionate about. “I want to be a voice for girls in baseball. I play ball all year round and I’m almost always the only girl on the field,” she shared with Baseball For All. “I want to change that and be able to encourage girls to stay in baseball if they love the sport.”

IPA’s Director of Athletics, Greg Terhune, sees something special in her. “I am so proud of Ella for following her passion, and not allowing stereotypes to define who she is and what she does. She has had to work hard to get where she is, and has earned her spot on the PAC-5 team,” says Terhune. “I see her as a role model to her peers and hope others will follow in her footsteps and not allow gender stereotypes to limit their passion.“

Her mom couldn’t be prouder of her. “There’s so much to be proud of when it comes to Ella, but especially how she always remains so composed despite challenges she faces,” she shares. “I know it’s not easy to be the only girl out there, but she always remains so calm and does what she needs to. She’s such a strong girl – she’s my hero.”

“My hope for Ella is that she will pay it forward and inspire the next generation of females who want to play baseball,” says her dad. “I hope she can be one of those individuals who inspires other girls to play sports through her accomplishments. I am so proud of her. I am proud not only for what she’s done as a baseball player, but for what she’s doing for all girls across the world who want to play baseball.” 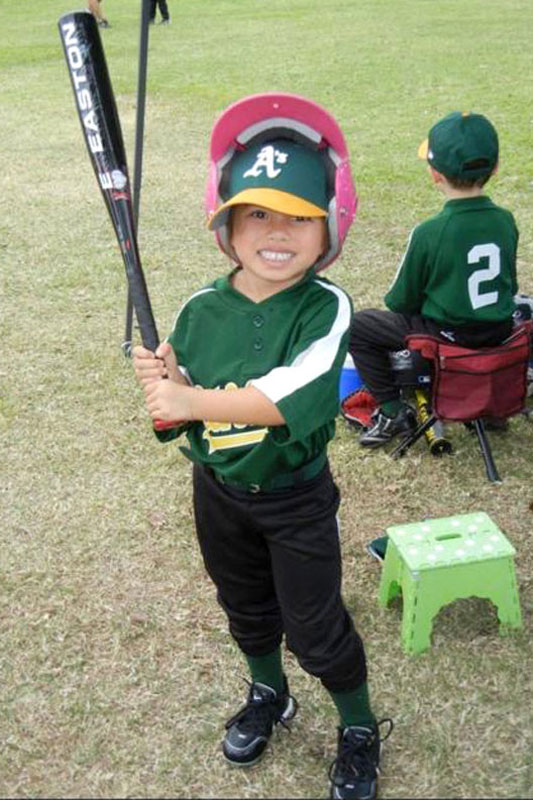 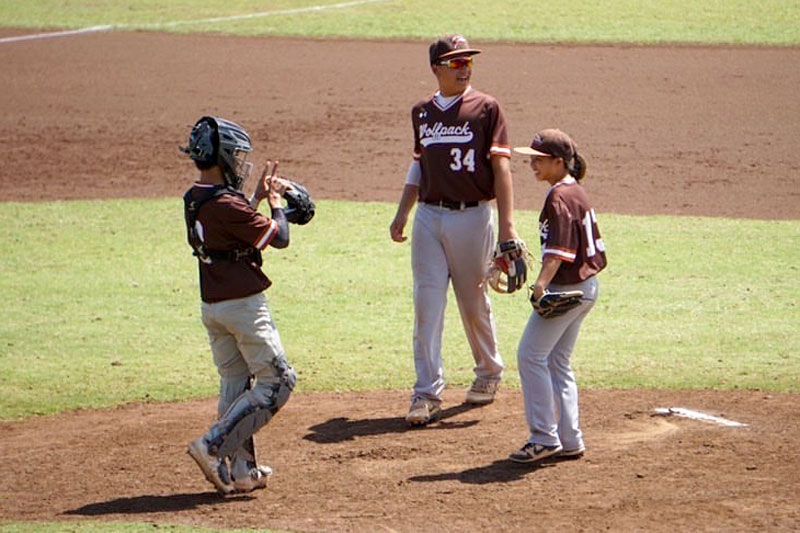 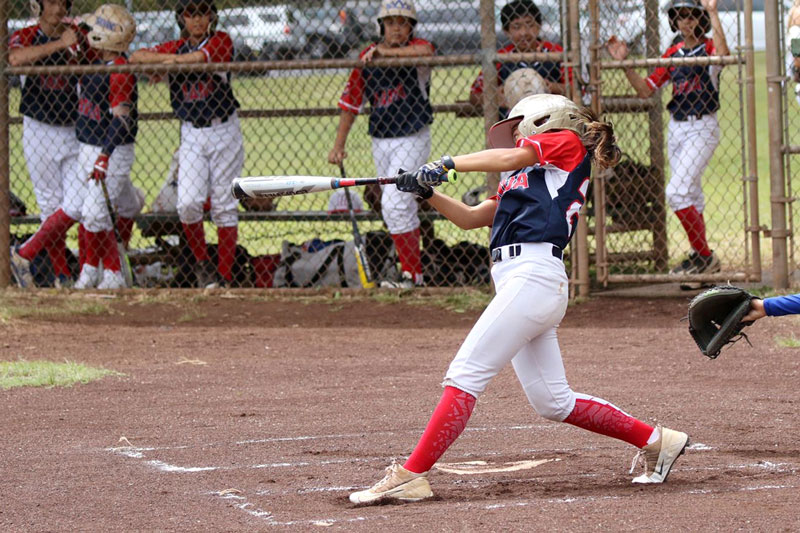