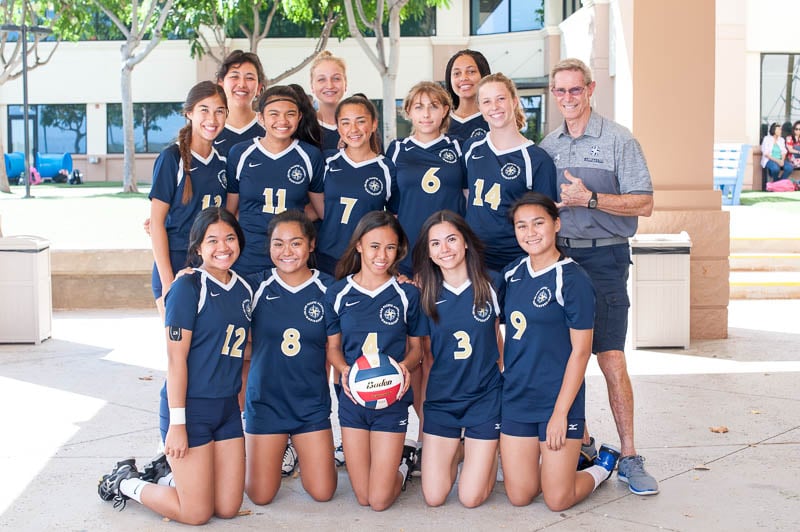 ISLAND PACIFIC ACADEMY’s Girls’ Varsity Volleyball team, under Head Coach Stan Vincent, had a tremendous season this year, winning the ILH Division III Championship for the third time in the school’s history. That feat secured them a qualifying match in the ILH Division II tournament, with a shot at playing in the state tournament. The Navigators played strong against La Pietra but succumbed in three sets, finishing their season with an impressive 11-1 record.

“We had a fantastic season,” Vincent said. “I have been coaching at IPA for 12 years and this season was the most fun. Just the positive energy was fantastic.”

The season leading up to the championship was exciting as well, with overwhelming fan support from IPA students and families.

The highlight of the regular season for the fans was their match against the Lanakila Baptist Warriors broadcast live on Spectrum OC 16. The school held a pep rally on campus with pizza and cheers as the team boarded the bus for the trip to the Kamehameha Schools gym. A “Fan Bus” was even arranged to transport the many boisterous and dedicated supporters to the game to cheer on their team. Dressed in white IPA shirts printed especially for the game, the scores of IPA fans – including students, faculty, staff, parents and friends – got loud for their team and created a “white out” in the stands.

“We were so proud of our team for the way they represented us on the court this season,” said Greg Terhune, Director of Athletics.

Three players stood out during the season: Kira Merl ’19, Lawren Santana ’20, and Sophia Holmen ’21. Both Holmen and Merl were new to the team this year, transferring from North Dakota and Virginia, respectively.

“Sophia, our outside hitter, and Kira, our big middle, carried the team time and time again. They are both transfers and are new to the school and they contributed so much,” said Vincent. 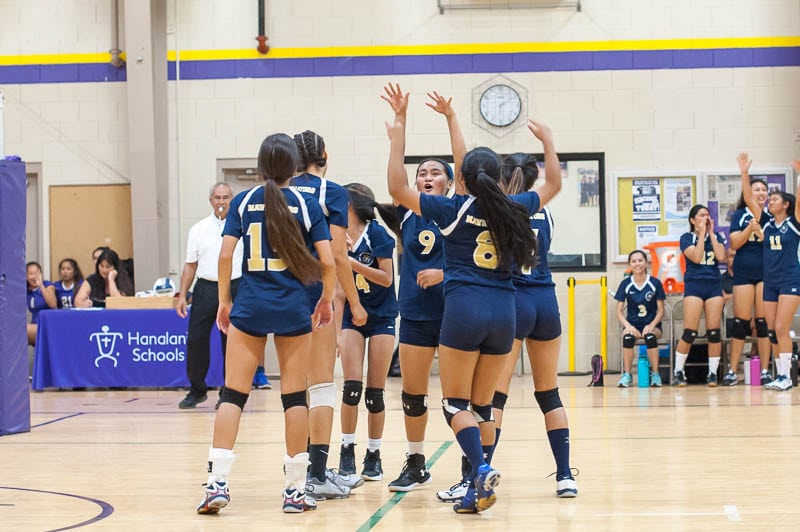 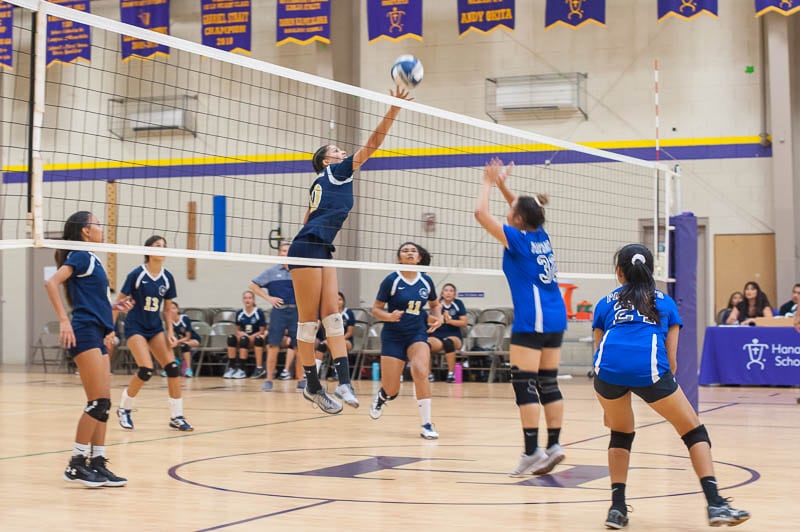 Kira Merl ’19 tips the ball over the net against Christian Academy. 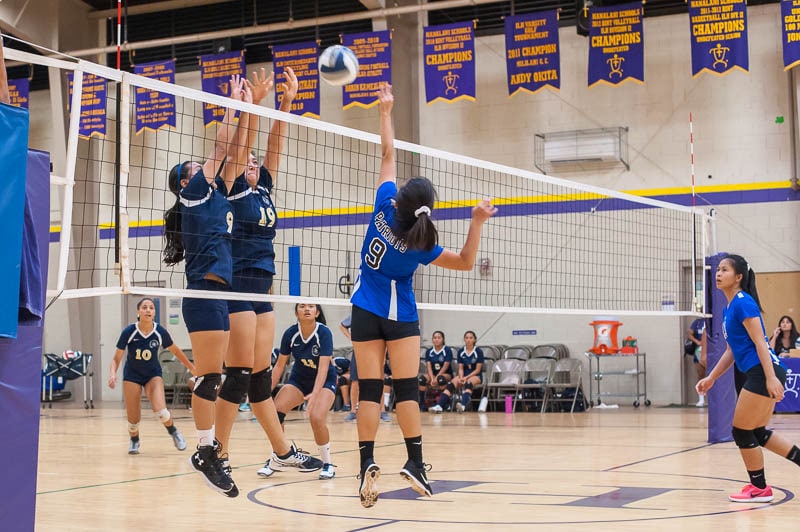 Malia Reyes-Huynh ’20 and Mia Chapman ’20 go up to block against Christian Academy. 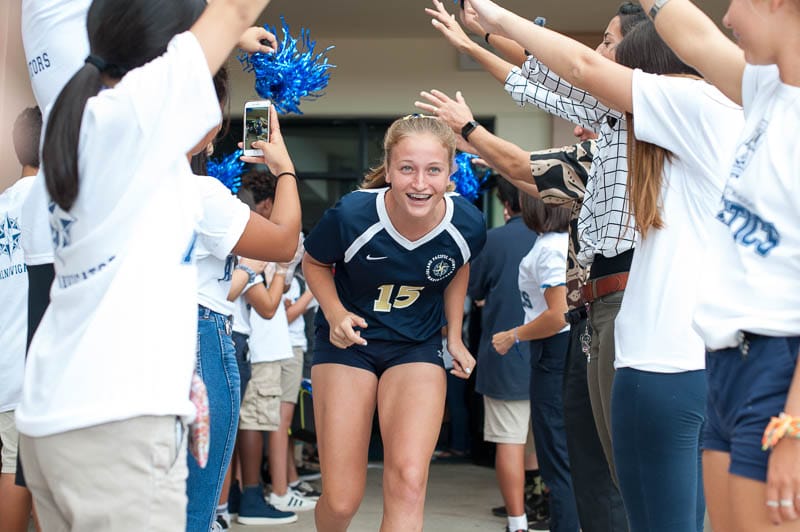 Meta Bradley ’22 runs through the fan tunnel at the pep rally. 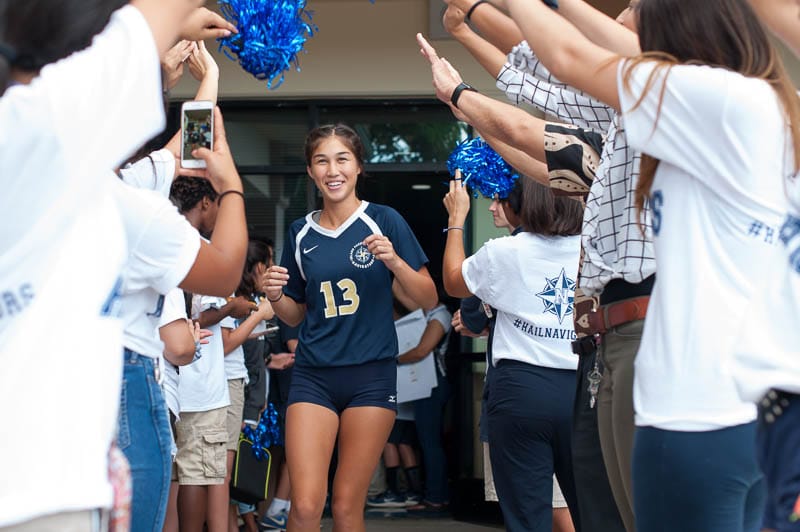 Sophia Holmen ’21 runs through the fan tunnel at the pep rally. 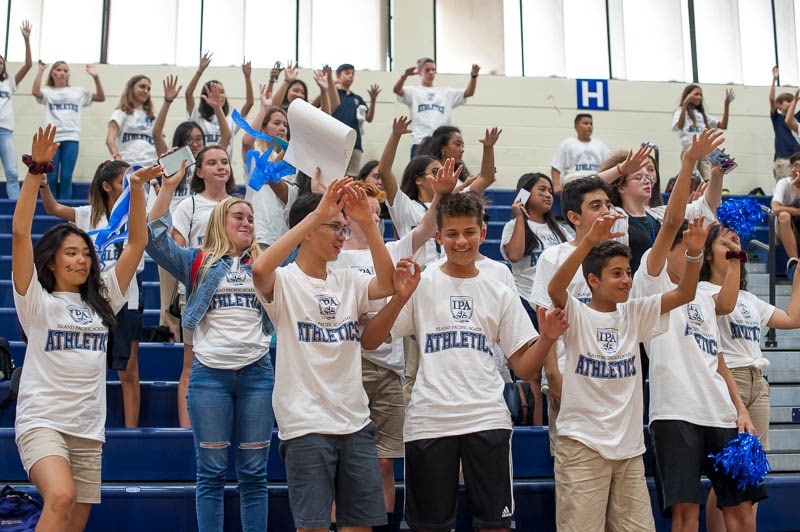 Navigator fans turned out for their team. 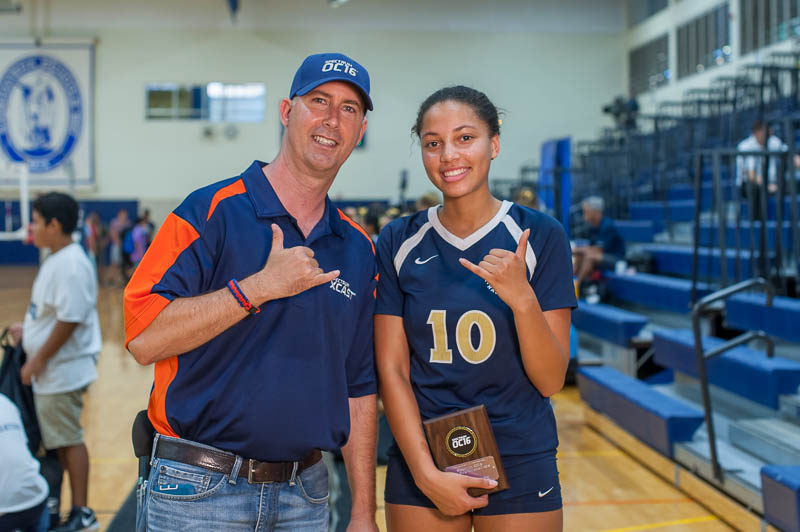 Kira Merl ’19 gets interviewed by Spectrum OC 16 after the game.