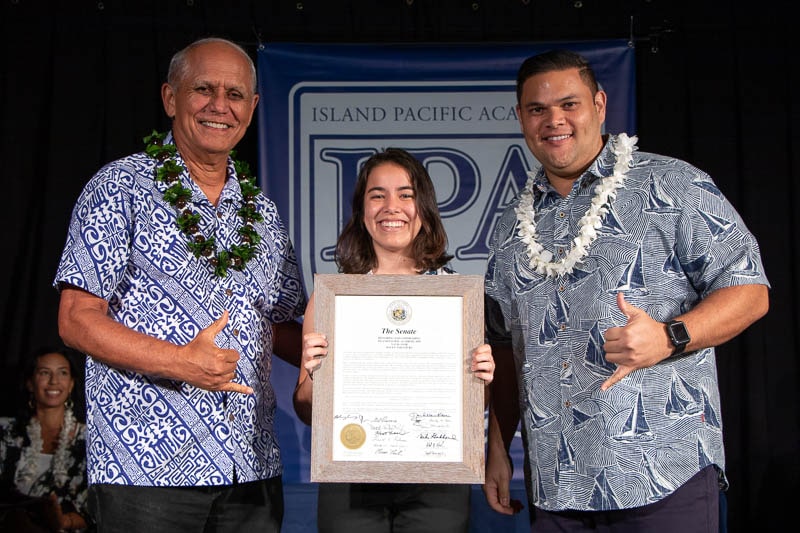 Twenty-three students had their names engraved into IPA history Friday, May 10, 2019.  The Secondary Awards Ceremony, an end-of-the-year tradition, celebrates and commemorates seniors and other secondary students who exemplify the spirit and mission of ISLAND PACIFIC ACADEMY.

Awardees were nominated and selected by faculty and the criteria vary for each award.

“Faculty members spend a lot of time going through the merits of each candidate for the award,”  explains Elissa Minamishin, Student Activities Coordinator.  “It is an arduous process that is taken very seriously.”  Once the awardees are identified, they are mailed an invitation to attend the event.

IPA was honored to have Mufi Hannemann, CEO of the Hawai’i Lodging and Tourism Association and former Mayor of the City & County of Honolulu, and Senator Mike Gabbard join the ceremonies to present awards. Hannemann presented the Harvard Book Award to this year’s recipient, Fionna Yuan ’20.

Senator Gabbard presented the top three awards to our seniors.  IPA’s highest award, the Navigator Award, was awarded to Haley Nakamura ’19. The Navigator Award recognizes strength of character, commitment to excellence, and involvement as a citizen of the campus and wider communities.  This year’s Valedictorian is Natalie Welch ’19, and Connor Carson ’19 is the Class of 2019 Salutatorian.

Congratulations to the following seniors who were also honored with an award:

Congratulations to all recipients of Secondary awards! 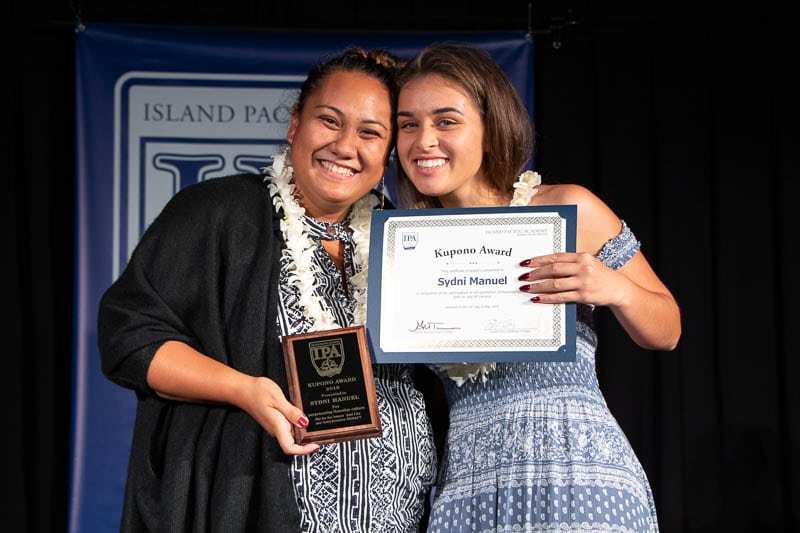 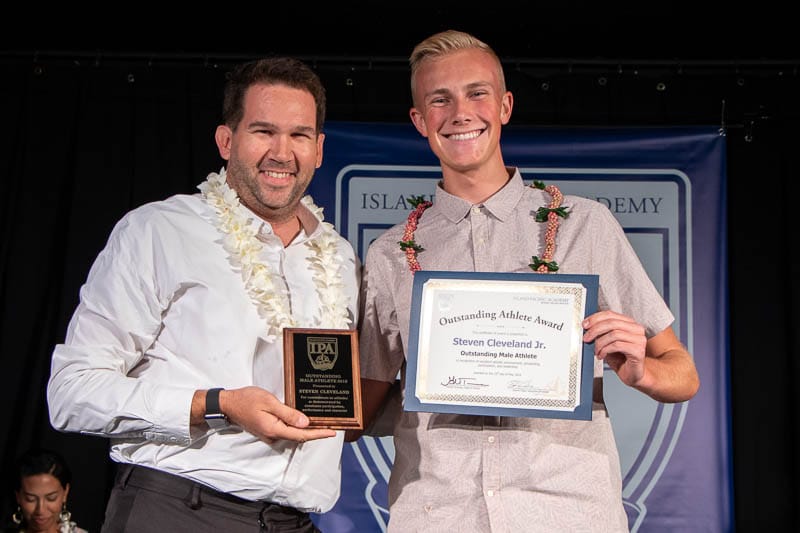 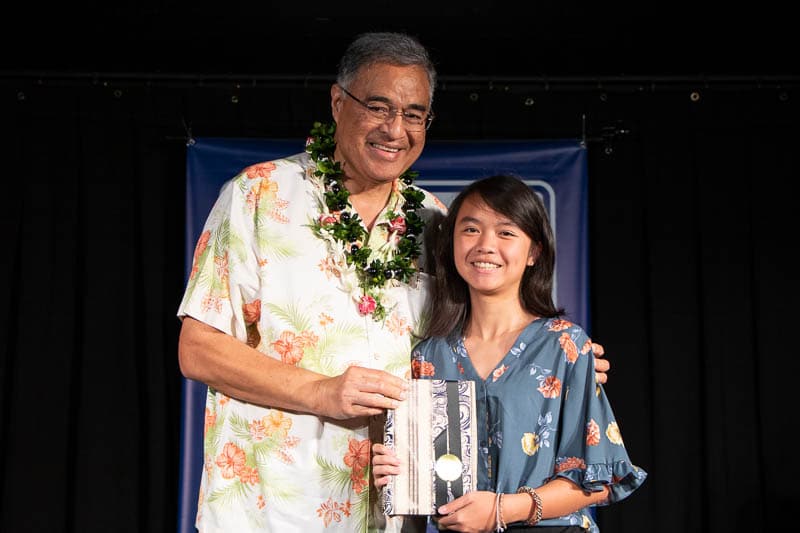 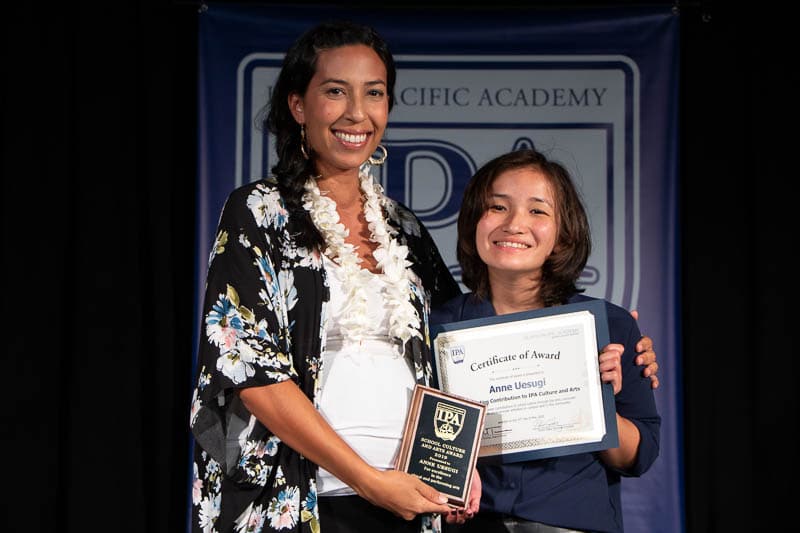 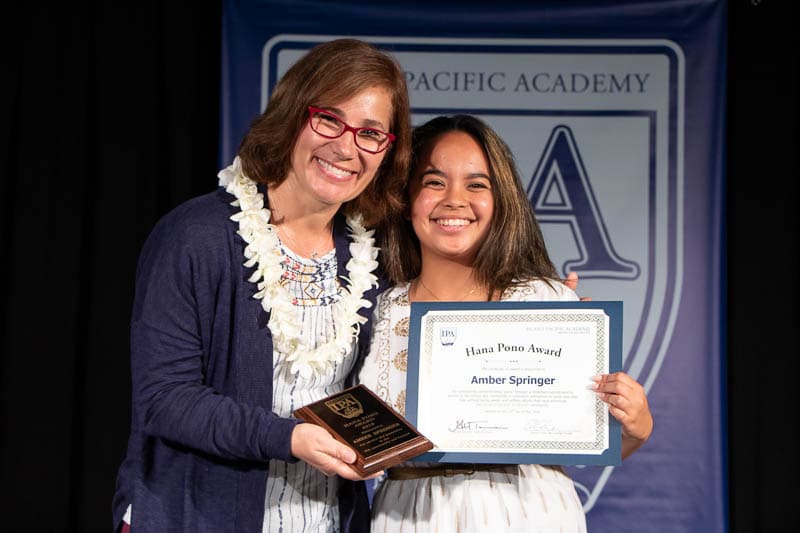 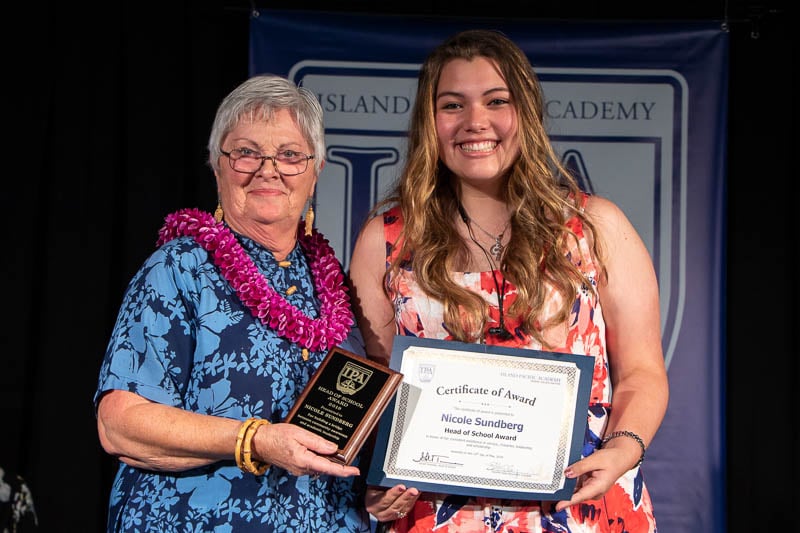 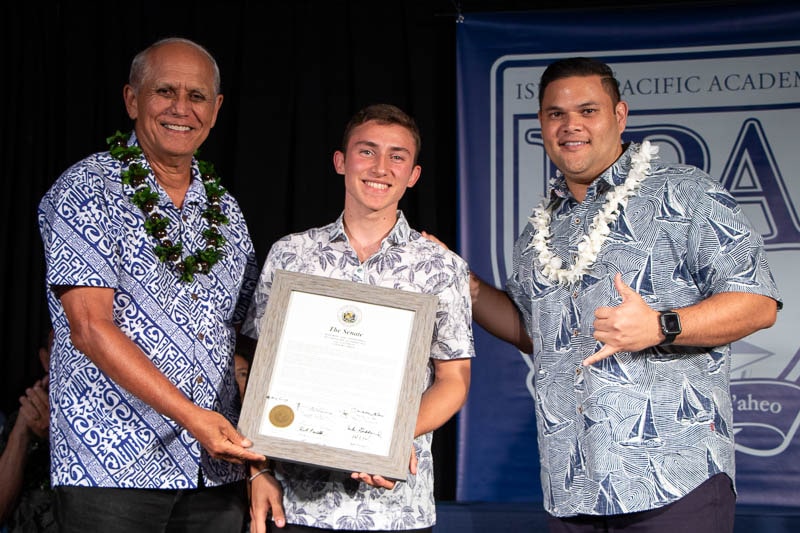 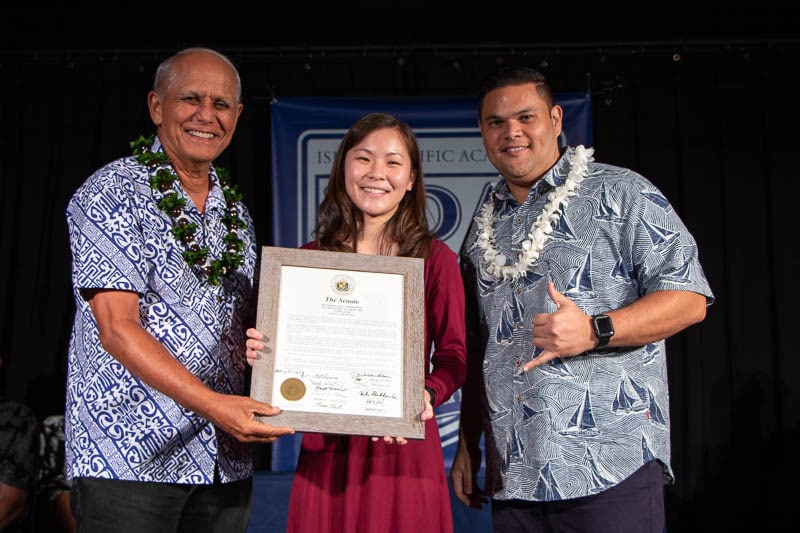