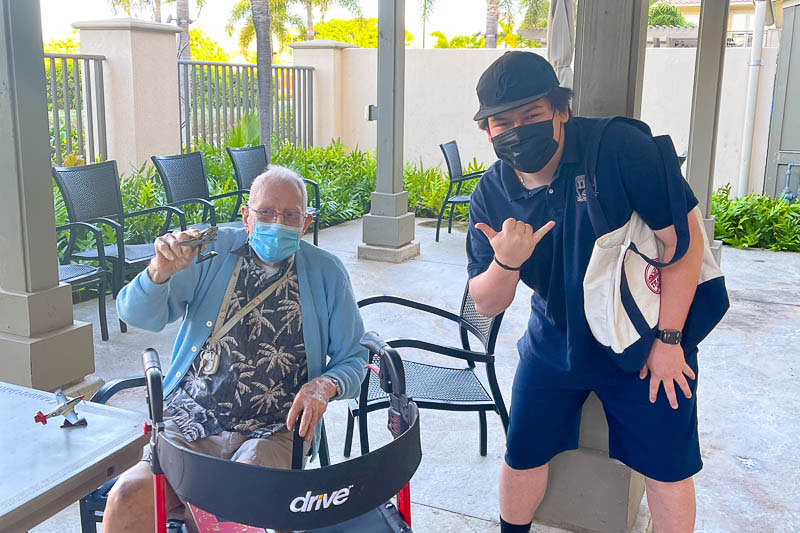 Celebrating your 102nd birthday is already a rare, and very special occasion. But Grade 10 student Ian Rife ‘23 was able to make it even a little more special for ‘Ilima at Leihano resident, and retired Air Force Colonel, Bruce Hunt. The assisted-living facility held a special surprise celebration for Hunt’s 102nd birthday on February 23, including birthday cake and a special virtual performance by singer-songwriter Henry Kapono.

Also part of the special celebration was a large, decorated birthday board displaying the well-wishes of more than 20 Island Pacific Academy students and faculty. The board was the culmination of a CAS (Creativity – Activity – Service) project planned, organized, and executed by Rife. IPA students in Grades 10-12 are required to complete a number of CAS experiences each year as part of their graduation requirements. CAS experiences encourage students to explore new possibilities, embrace new challenges, and understand their role and responsibilities as members of a local and global community.

“Part of my intention with this service project was to give back to veterans and help combat the issues that plague them today,” explained Rife. “My grandfather served in the Korean War and the Vietnam war. Not until recently did I come to realize the personal sacrifice millions of other men like him had to experience. It taught me the fundamental lesson of gratitude and I am truly appreciative for every active and retired service member of the United States military as they inspire me to keep pushing boundaries academically and in life.”

For his project, Rife sent out an email to his classmates and IPA faculty and staff asking them to share encouraging messages for Hunt’s 102nd birthday.

“I was surprised to see that nearly 90% of my class participated, despite COVID limitations,” shared Rife. “During these times students are frankly lonely and potentially just looking for someone to talk to. There was no hesitation by any student regarding getting messages from them and everyone really provided encouraging and heartfelt messages for Col. Hunt.”

Rife decorated a large rdisplay board with all of the students’ messages to serve as a commemoration of Hunt’s life of success and to express appreciation for his distinguished military service. Hunt flew hundreds of combat missions in WWII and the Vietnam War and was awarded the Legion of Merit, Distinguished Flying Cross, Bronze Star, and Meritorious Service medals.

In an interesting twist, it turns out that Hunt is the grandfather of IPA’s Director of Human Resources, Camille Pinard, and great grandfather to Logan ‘26 and Elise ‘29 – of which Rife was not aware when he started his project.

“Ian did such a beautiful job on the birthday board for my grandfather, including stringing lights around it,” shared Pinard. “In addition, Ian was so thoughtful in bringing him two small model airplanes from WWII since he knew he was a decorated pilot from WWII.”

“It has been such a tough year for seniors across the country, and my grandfather was truly amazed that Ian would take the time out to prepare this special birthday board in honor of his birthday and that so many IPA students wanted to wish him a happy birthday and thank him for his service,” said Pinard.

“I am so glad I was able to help make Col. Hunt’s 102nd birthday a truly memorable one while also giving back in a positive way, despite all of the hardships many today are facing,” said Rife. 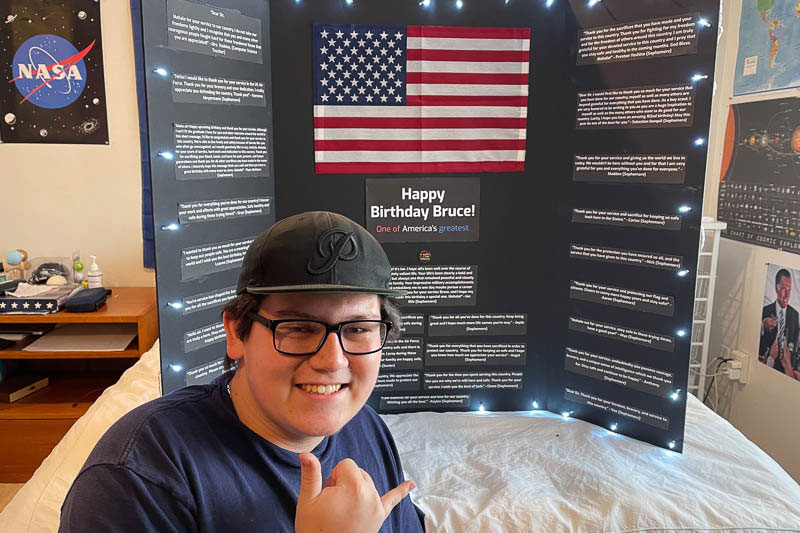 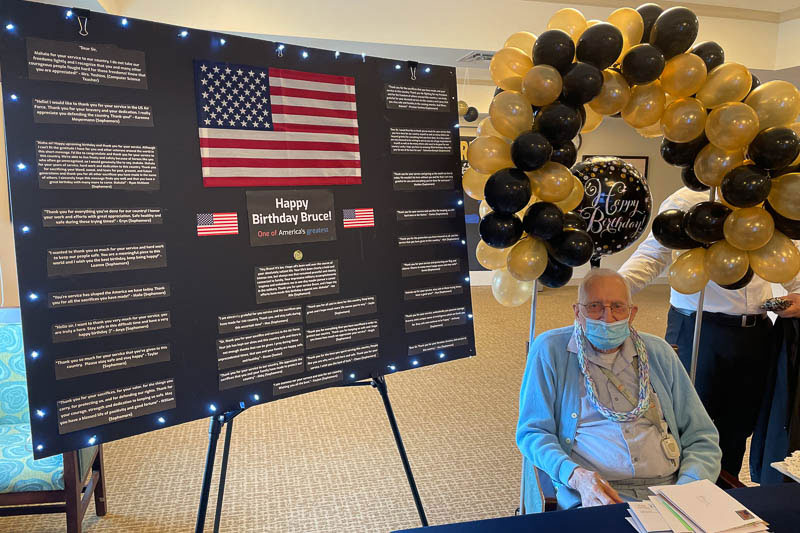 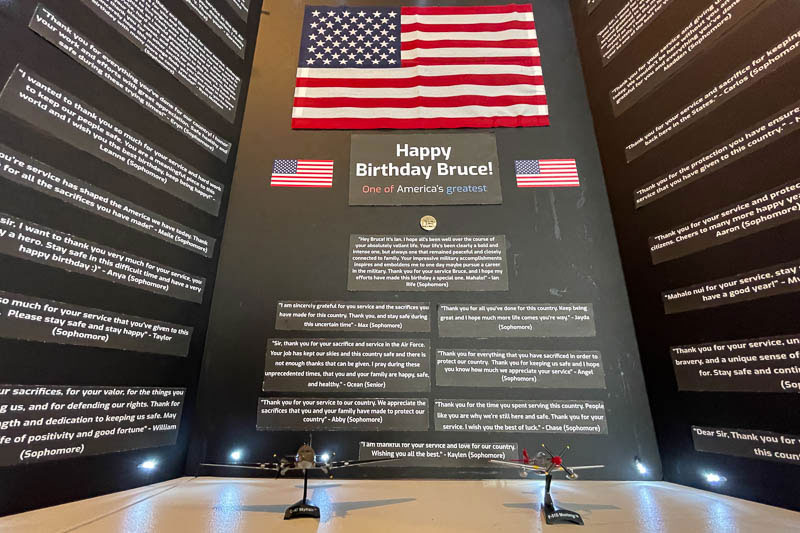