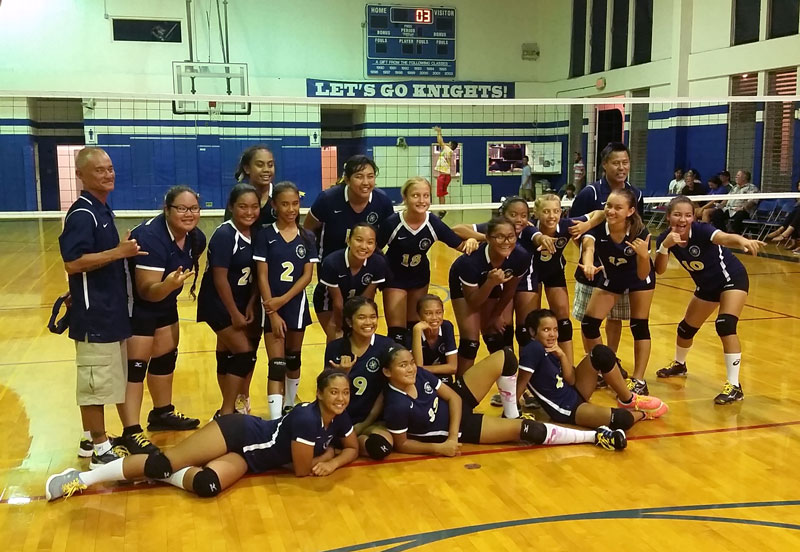 Another Successful Week for IPA Navigators

ISLAND PACIFIC ACADEMY Navigators had a rollercoaster week, with a down-to-the-buzzer win and tough losses. But regardless of the final scores, the IPA Navigators always show winning spirit and good sportsmanship. Congratulations to all IPA Navigators and Coaches for your great effort and dedication to your sport!

On the bowling lanes the Varsity IPA Girls bowling team lost to ‘Iolani, but Varsity Bowler Brandi Chun is currently in 5th place overall in the ILH, aiming for a return to the HHSAA state tournament!

The Varsity and Intermediate Pac-Five football teams didn’t fare well this week, despite great efforts. The Varsity team lost to St. Francis in a close game, 30-27, and the Intermediate team dropped to Kamehameha Schools, 9-0.

The Intermediate Girls Volleyball team is on a roll, with wins last week over Hawai’i Mission Academy and Damien Memorial, solidifying their first place position with an UNDEFEATED 6-0 record! In the third set of their match against Hawai’i Mission Academy, they were tied 22-21 with just 5.7 seconds left. They tied it up at 22-22 with no time on the clock, sending them to a sudden death situation with the next point won determining the winner. IPA came out on top in one of the most exciting matches this season!

The Varsity Girls Volleyball team had two close losses last week to St. Andrew’s and Christian Academy, holding third in the ILH standings. But they got back on track this week, beating Hawai’i Mission Academy (25-9, 25-18, 25-19) and Lanakila Baptist (25-14, 28-26). Nice comeback, Navigators!

Save on admission to ILH athletic events by purchasing an ILH Discount Admission Card. The cards are $50 for 10 admissions, and give you access to basketball, cheerleading, judo, volleyball, and wrestling events.  To purchase your card, contact Mike Axelrod, Athletic Director.