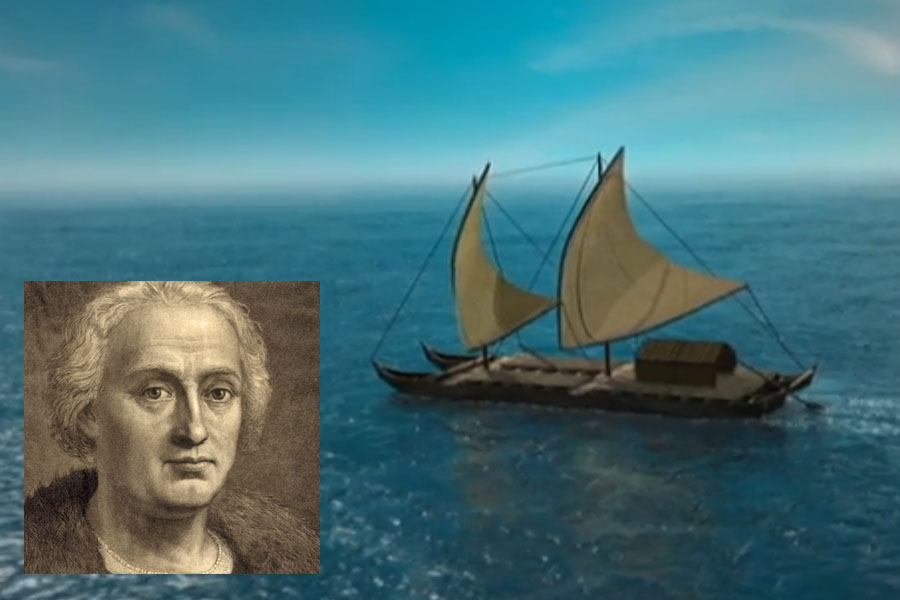 Hawaii observes the second Monday in October as Discoverers Day in recognition of the Polynesian discoverers of the Hawaiian Islands; Island Pacific Academy treats this day as a holiday and school is closed for the day.

As Captain James Cook sailed the world’s oceans in the 1770’s he created the first accurate European maps of the Pacific. When he first landed in the “Sandwich Isles” (Hawaiian Islands), Cook encountered Hawaii’s indigenous people.  (Hawaiian sailing canoes off Niihau, drawn by John Webber, artist with Cook on his third voyage. Color inset: drawing of Cook’s ship the HMS Resolution.)

Discoverers Day is Hawaii’s counterpoint to most of the mainland United States’ recognition of Columbus Day which became and continues to be controversial since its inception in as a national holiday in 1937.

And, is it a holiday? “Depending on where you live and whom you work for, Columbus Day (Hawaii’s Discoverer’s Day) may be a paid day off or no different from any regular Monday,” according to the Pew Research Center.

Learn how other states choose to honor and celebrate indigenous people on this day.

Short video: Did the Polynesians discover North America?  (includes Nainoa Thompson of the Polynesian Voyaging Society, Dr. Jennifer Kahn, an anthropologist then with The Bishop Museum, and Dr. Terry Hunt, an archaeologist with the University of Hawaii.)

A biography of Captain James Cook