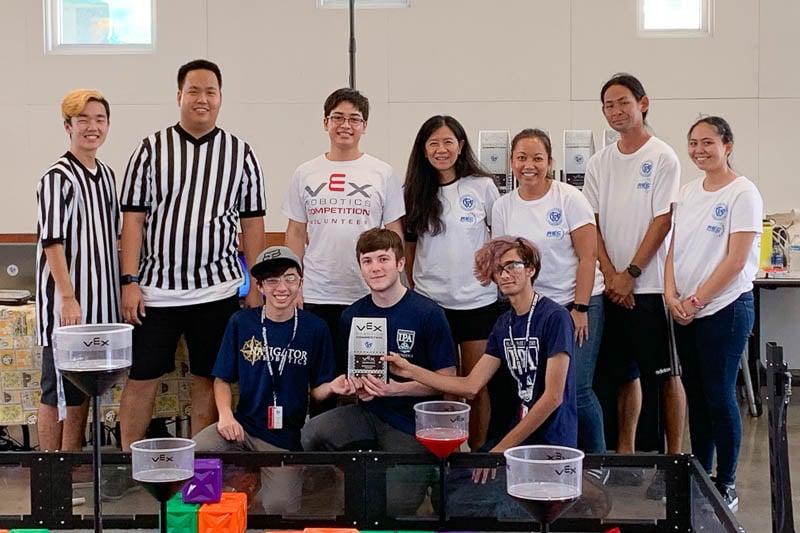 Nineteen teams from across the state converged at Sacred Hearts Academy for the 2019 East O’ahu VEX Robotics Competition on Saturday, August 17, each hoping to secure a spot at the Hawaiʻi State Championship in January 2020 at the University of Hawaiʻi at Hilo. ISLAND PACIFIC ACADEMY’s Navigator Robotics, team #4442X, had a great tournament and brought home both the Skills Award and the Community Award. The Navigators also placed second in the tournament match-play.

In the Skills competition, for which they received the Skills Award, the Navigators accomplished an incredible feat by posting a skills score high enough to currently rank them #1 in the world! They are currently the only team in the world with a skills score higher than 100 points, and their combined driving and programming score of 114 is currently 30 points ahead of the next best tally. The Navigators scored 112 points in the last driving attempt in what could be described as a near-perfect run.

This was also the first time in school history that Navigator Robotics was awarded the Community Award, given for their extraordinary involvement and awareness in the robotics community. Navigator Robotics embraces the IPA idea of “Whenever you can, help!” and regularly reaches out to assist other teams who need help. The team was very proud of their accomplishment, and grateful for the help and support they have received from the robotics community over the years.

Navigator Robotics came into the tournament with a new robot design. Despite prior success with their “tower bot,” the team had to modify their strategies because of repeated problems with their previous design. They qualified with their new robot and finished ranked sixth with a record of 3-3. The Navigators teamed up with Highlands Intermediate (team #394A) for the single elimination match-play rounds, and were able to advance through their quarterfinal and semifinal matches with a few adjustments to their robot. The robot issues proved difficult to overcome, and they came up short in the finals against the Pearl City High School alliance (teams #4142A & 4142B), 70-57.

Next up for Navigator Robotics is the 2019 Pan Pacific VEX EDR Championship at Waialua High School on November 8- 9, 2019. The Navigators will be vying to secure an automatic spot in the World Championship. In the meantime, ISLAND PACIFIC ACADEMY will be hosting a Vex VRC Tournament on Saturday, September 28, 2019. The Navigators will not be competing as they will be helping to run this prestigious event.

For more info, visit the links below. 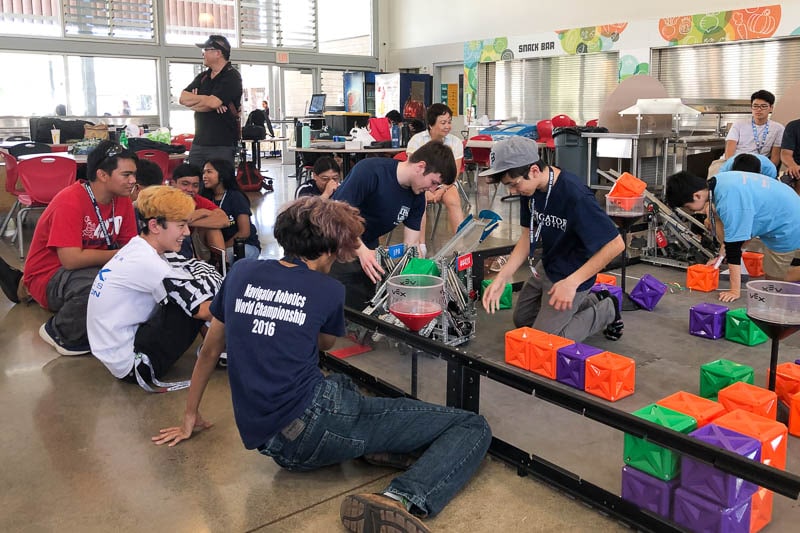 Navigator Robotics, with several IPA alumni, get ready to compete. 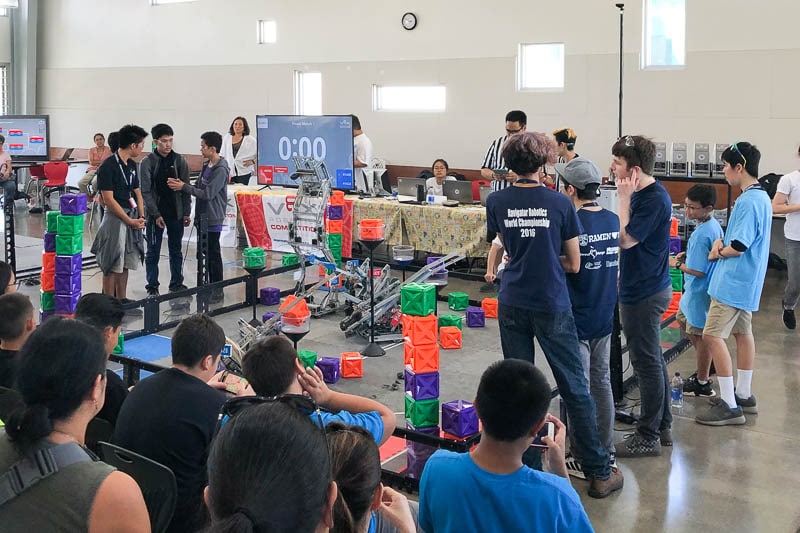 Navigator Robotics, with their Highlands Intermediate partners, get ready to compete. 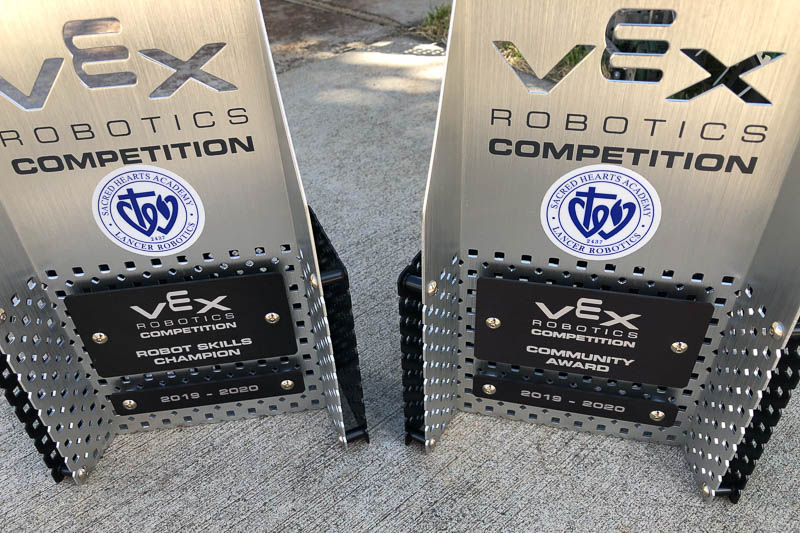 The Skills and Community Awards.