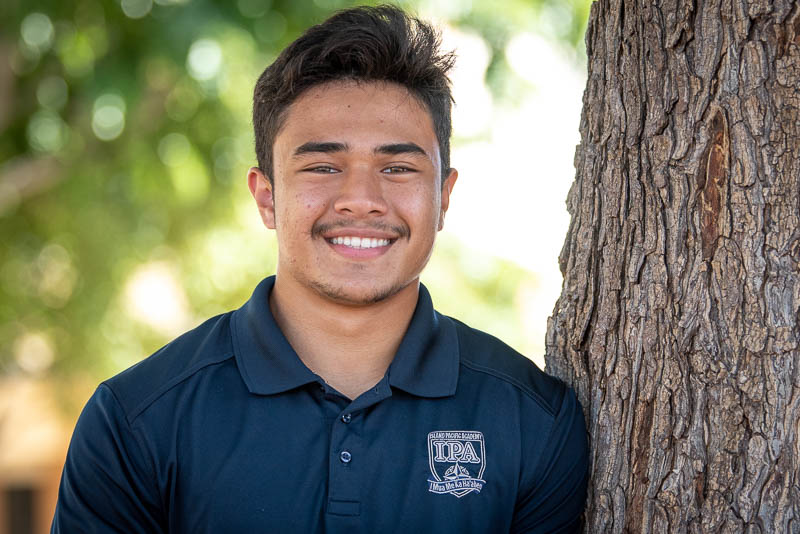 ISLAND PACIFIC ACADEMY senior Chad Schmidt ‘22 was recognized as the 2021-2022 PAC-5 Wolfpack Football Most Valuable All-Purpose Player at a special awards banquet held earlier this month. The honor was bestowed for his outstanding performance in multiple positions during this past varsity season.

The PAC-5 athletic program is an alliance of independent schools banding together to field teams for competitive sports in the Interscholastic League of Honolulu (ILH). The PAC-5 program gives students an opportunity to be on a team that their school does not provide.

Schmidt has played football for the PAC-5 Wolfpack since his freshman year at IPA. In previous years, he played on either offense or special teams, but this year was the first year where he played many different positions on offense, defense, and special teams.

“Chad was an impact player at every position he played, whether it was returning kicks, playing outside linebacker and defensive end on defense, or as a running back and slot back on offense,” he shared. “We leaned heavily on him and he always delivered. Besides his conditioning, Chad had good football IQ – having to remember his responsibilities in all phases and positions in the game is a daunting task on a varsity team.”

Being named recipient of the Most Valuable All-Purpose Player was a high honor for Schmidt given that there were a number of players on the varsity team who played multiple positions.

“Chad was the most valuable,” shared Heffernan. “By the end of the season, he was effective in all aspects of the game.”

“Chad has been on several teams in his time at IPA – football, basketball and track and field. His athleticism and work ethic have never been in question, and over the last couple of years, his leadership on those teams has elevated him to the top,” shares Terhune. “Chad has always been such a hard working and humble young man, it’s no surprise to me that he was awarded this honor. Coach Heffernan has high standards for his athletes, and this award was not given, it was earned.

Schmidt was grateful to be recognized.

“It meant a lot to me to receive this award. It’s the first award Iʻve ever gotten and the fact that it was in my senior year made it even more special,” said Schmidt. “One of the most important things I’ve learned these past years is the importance of a good work ethic. Playing with PAC-5 taught me to keep pushing and never give up on any of my dreams.” 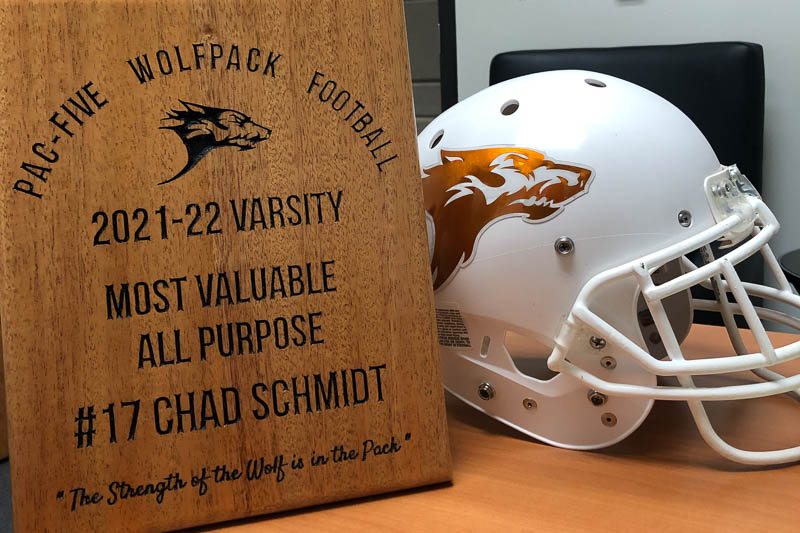