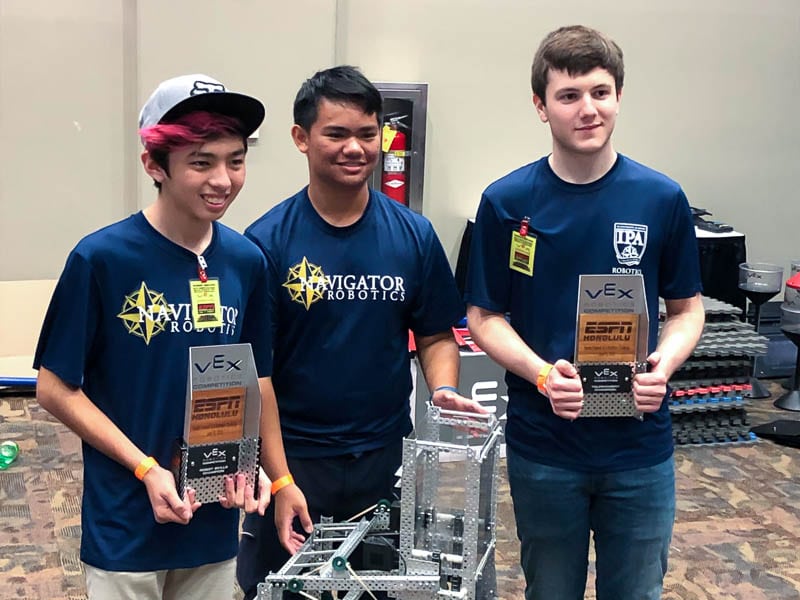 The event kicked off the 2019-2020 season as the first tournament in the world using the new VEX challenge – “Tower Takeover.” This new challenge was introduced only seven weeks ago so the team did not have a lot of time to design, build, program, and develop a strategy before the tournament. In addition, the team did not receive their practice field so they tested their robot at Waianae Intermediate School a week before the competition.

IPA’s Navigator Robotics Team #4442X is comprised of David Pavlicek ’20, Nathan Okimoto ’22, Zaheer Gulko ’22, and Ryan Corpuz ’22. The team members have worked tirelessly, even while studying for finals, and their efforts paid off this weekend.

Following the qualifying round, the IPA Navigators were ranked third (7-3 win/loss record). Perennial powerhouse Pearl City High School (Team #4142B) invited IPA to be in their alliance and the team graciously accepted. The alliance faced the St.Louis Crusaders (Team #42700D) and the other Pearl City High School team (Team #4142A) in the finals. Although the single elimination playoff final match had to be restarted after some technical difficulties, the alliance held off a strong charge to come up with a dramatic 41-39 win.

IPA was well represented at the tournament, with IPA alumni and former team members present. Robyn Cabuslay, former IPA robotics coach, volunteered to help mentor the Navigators, and Colton Okimoto ’18 served as referee. Former IPA student Josh Kuakini placed second in both the team event and skills challenge events for his current team. Josh may have been on a new school team, but the lasting bond between the robotics members had them rooting for each other throughout the tournament and practicing together in the weeks leading up to the weekend. This great show of sportsmanship and camaraderie was inspiring and something to be very proud about.

Next up is a VEX VRC Signature Event, the Mark Leon Invitational, to be held July 15-18, at St. Louis School. This prestigious tournament already has teams from Pennsylvania, Minnesota, California, Texas and China entered. This event will send at least one team to the World Championships in the mainland.

For more information about the event, visit the tournament website.

The Navigator Robotics team is grateful for the continued support of the IPA community. 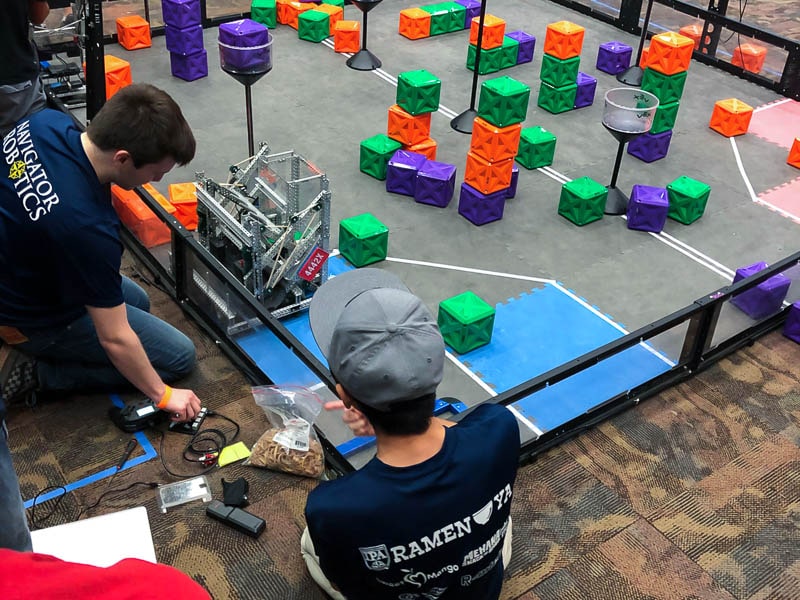 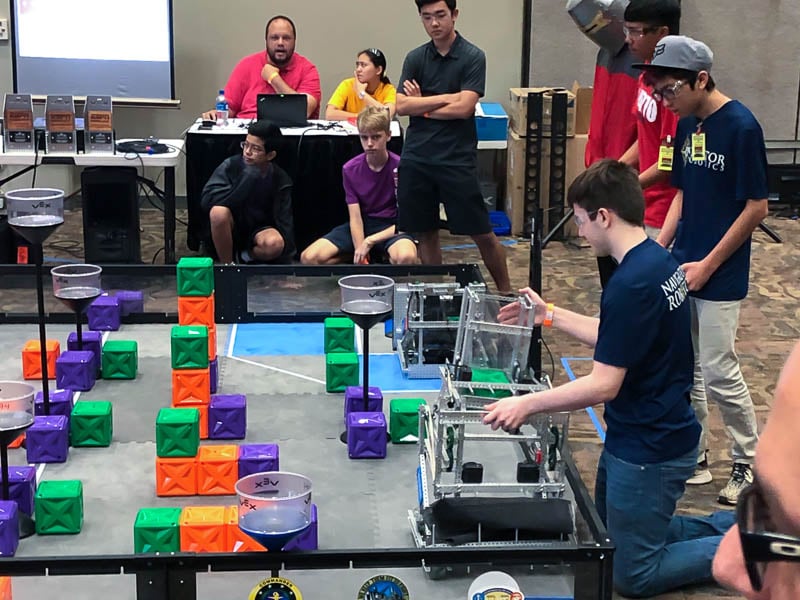 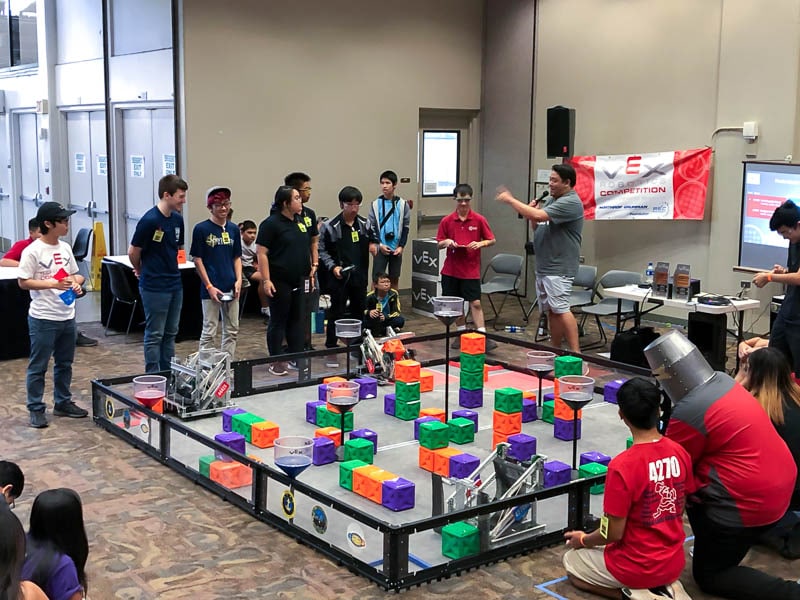 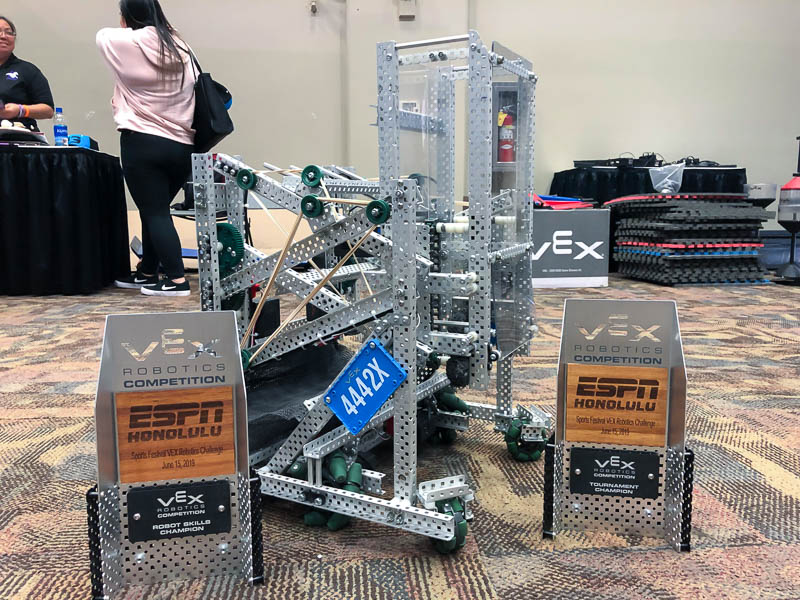